5 Compelling Reasons to Invest in a Takeuchi Excavator 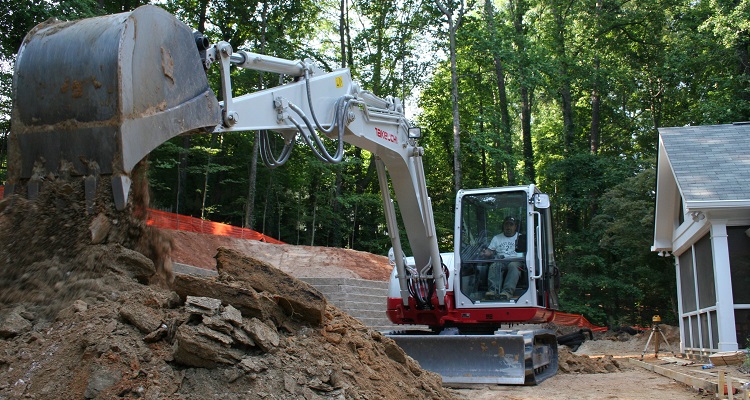 If you’re in the market for buying construction machinery, there’s one brand that stands out and has endured the times. Takeuchi introduced their first compact excavator in 1971 and has since then produced thousands of top-of-the-line hydraulic excavators. The company continues to provide products that meet the needs of contractors.

What exactly does Takeuchi’s line of construction machinery have that other brands don’t? Let’s explore some of the reasons why buying a Takeuchi excavator is a worthwhile investment.

While Takeuchi excavators have been known for creating trenches and site grading, their equipment line offers a lot of versatility, allowing them to be used in other applications as well. Takeuchi excavators can also be used for hauling materials, removing brush, demolition, mining, and snow removal. Another unique feature of their excavation equipment is its ability to turn 360 degrees during operation. This is because of their amazing hydraulic excavator chassis design that’s built on top of the undercarriage.

Takeuchi excavators also come with a pressurized hydraulic fluid system that allows them to deliver remarkable versatility and performance. Other equipment like power shovels relies mostly on cables, winches, and steel ropes for digging. On the other hand, a Takeuchi excavator utilizes the state-of-the-art hydraulics system for robust and versatile movement.

The Takeuchi brand of construction machinery is known for its stringent quality standards, which is why their machines last longer. Every excavator on their line carries an EPA Final Tier 4 Emission Compliant engine. This type of engine is designed to be fitted with low-maintenance exhaust after-treatment systems (EAT), which enables them to meet EPA Tier 4 Final requirements.

To adhere to the new EPA requirements, Tier 4 diesel engines are required:

– To cut particulate matter (PM) emissions by 90%, which is composed primarily of carbon soot and other combustion by-products.

– Augers for drilling holes in the ground

A Low-Cost Investment for a Takeuchi Excavator

A machine that offers a level of versatility that’s unparalleled while maintaining good build quality makes Takeuchi excavators a worthwhile investment. It’s almost like buying five different heavy construction equipment for the price of one. While Takeuchi excavators are built to last for years, you’ll also find this line of equipment to have easier serviceability and parts replacement should you need to have it serviced.

Groff Tractor is Pennsylvania’s premier multi-OEM equipment solution provider. We are an authorized dealer of both new and used heavy construction equipment from some of the most well-known manufacturing brands in the industry. If you’re in need of quality equipment and parts at great prices, contact Groff Tractor today!